Which tree would you choose for your town park, in memory of the people in your community who died during the COVID19 pandemic. It was an extraordinary time when people were more alone than ever in their grief, without the comfort and support of their community. Instead of attending funerals we could only show our support from afar.

Planting a tree to commemorate the people who died is one way we can break the silence for families grieving their loved ones during that time.

This year Carlow Rotary Club are sponsoring a tree to be planted in Hanover Park for this purpose. As I come from a family of avid gardeners and tree lovers, I volunteered to source a suitable tree.

Some members had suggested the London Tree because of the uncanny resemblance of its fruit to the now-familiar structure of the Coronavirus. It turns out the Strawberry Tree has a fruit that is not too dissimilar.

However, when I asked Liam Cunningham from All About Landscapes for his expert opinion, he suggested the Ginkgo Tree, the oldest living tree in the world, also known as a living fossil and a medecin tree. The more I learned about the Ginkgo Tree the more it seemed like the perfect choice for our Rotary selection.

Ginkgo Biloba existed over 160 million years ago. It’s the sole survivor of an ancient group of trees that dates back 270 million years, long before the time of the dinosaurs.

The Ginkgo tree is the oldest living tree in the world and the only surviving member of the Ginkgo family. This is why it is referred to as a ‘living fossil‘. It supposedly has been around since the time of the dinosaurs, and one tree in China is about 3,500 years old.

They were traditionally planted in temple gardens in Japan and China. Today they’re popular in towns and cities worldwide and are even farmed in plantations for their medicinal properties.

Ginkgo is tolerant to stressful conditions, such as heat, drought, compacted or alkaline soil. It is a long-living tree that is resistant to storm damage. It has no significant pest or disease problems.

Ginkgo Biloba is not an invasive species and furthermore, their roots go down rather than spreading, so their roots are also not considered invasive

Endangered in the Wild

The International Union for the Conservation of Nature, an organization that tracks the survival of Earth’s species, classifies the tree as endangered in the wild. Only a few rare populations are thought to potentially exist in China. When you walk on those bright golden fans scattered on some rain-darkened sidewalk this fall, you’re having a close encounter with a rare thing—a species that humans rescued from natural oblivion and spread around the world.

For me this is the perfect tree for our commemorative project, a tree that has survived the ardours of time, with origins in China, has healing powers and turns a bright yellow, a colour synonymous with the pandemic. Let’s see what our Rotary members think of Ginkgo for this particular commemoration.

What tree would you choose to honour the memory of people who died during the global pandemic of 2020? 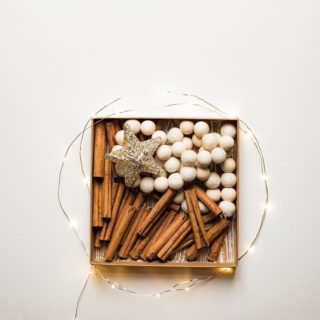 0
« Caroline in the Algarve